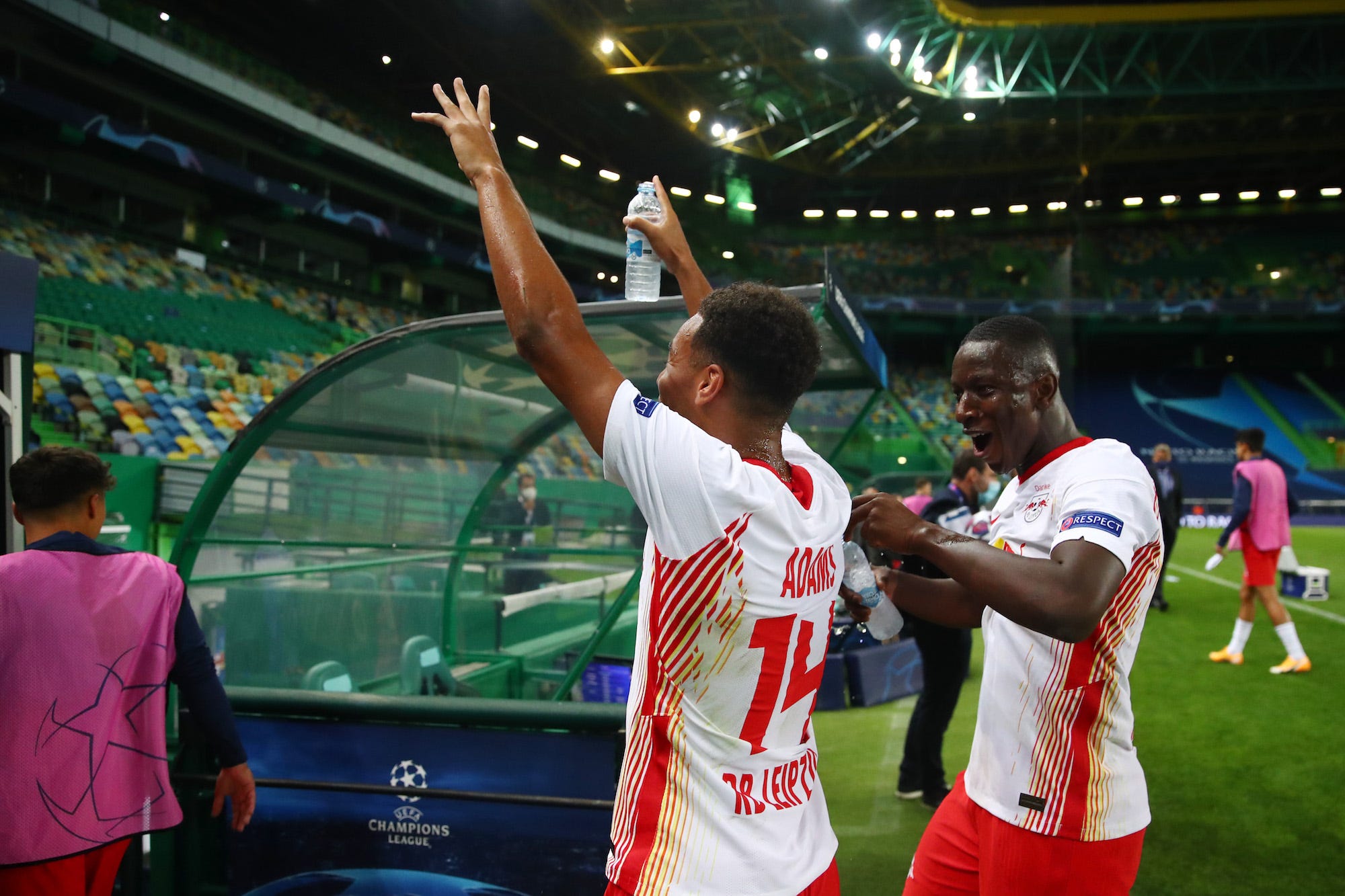 RB Leipzig was playing in the fifth tier of German soccer when it was formed in 2009.

And on Thursday evening, the country’s “most hated” club took the biggest step yet in its rapid rise to stardom by beating Atlético Madrid to qualify for the Champions League semifinals for the first time in just the club’s second season in the tournament.

Leipzig took the lead on the night through the Spaniard Dani Olmo’s 50th-minute header before Atlético’s Joao Felix leveled from the penalty spot in the 71st minute.

The 21-year-old American Tyler Adams, subbed on directly after Felix’s equaliser, then stepped up to score a well-deserved but fortunate 88th-minute winner, with his strike from outside the box deflecting off the boot of Stefan Savic and past Atlético’s motionless goalkeeper Jan Oblak into the net.

“It’s a bit surreal to say the least,” Adams, who joined Leipzig from the MLS’ New York Red Bulls in January 2019, said after the match.

“With such a young team, we know that we are a fearless team and we are going to come out and show what we are capable of. Coming into this game, we set up a game plan, and we were able to execute.

“Obviously when I came into the game I just tried to make any impact that I could. The coach gave me specific instructions on what to do and how to be dangerous, and I went in and I executed.”

Julian Nagelsmann’s Leipzig – which finished third in the Bundesliga this season – will now face Paris Saint-Germain, which beat Atalanta on Wednesday night, in the last four on August 18.

“We know Paris are a great team – we saw what they did against Atalanta, and they have got really good players,” Adams told UEFA.

“Now it’s about recovering in the right way, getting ourselves right mentally, and working on the game plan. We’re confident in ourselves – you saw that today.”

So, why is Leipzig Germany’s ‘most hated’ club?

The European equivalent of an American expansion team, Leipzig did not exist as recently as 11 years ago.

It was then when Dietrich Mateschitz, the billionaire owner of Red Bull, took control of the German fifth-tier side SSV Markranstädt, with instant results.

A change of name and logo, a new 43,000-seat stadium, and an injection of cash on the pitch saw Leipzig progress to the Bundesliga in just eight years and to the heights of the Champions League in just 10.

In Germany, soccer clubs are traditionally run without single, rich owners, with the country’s “50+1” rule ensuring that fans and members own a majority share of clubs and have ultimate control over things like who is president and the price of tickets.

At Leipzig, however, that is not the case, with the club having only a small number of members with shares, all of which came at a high prices so the club could vet its owners, according to Australia’s ABC News.

“It’s a club built to push up the revenues for Red Bull and nothing else,” Hans-Joachim Watzke, the chief executive of Borussia Dortmund, told the BBC.

“In German football, the clubs belong to the fans and our pricing level is very cheap. A lot of fans from England come to Borussia Dortmund to watch a live game for 11 euros.”

Sue Rudolph, a fan activist for Fortuna Dusseldorf, told ESPN: “We call Leipzig’s supporters ‘customers,’ because that’s what they are. It just feels so unfair.

“What they have done is not a fairy tale. It’s just money.”

Site highlights each day to your inbox.