It feels as if you’re walking into a cave,” says Samantha McKenzie, director of Acustico Lighting and the owner of this home in Melbourne’s Brighton.

For Samantha, an interior designer by trade, creating a home that was sturdy and sensorial was a top priority. “I wanted it to feel like walking into a big, warm hug with heavy drapes and loop-pile wool carpets. It needed to feel solid, all-encompassing and cosy.”


© Provided by Are Media Pty Ltd
Looking from the garden back to the rear facade, the home reaches its fullest expression with a concave and convex arch meeting in the middle. On the ground floor is the family lounge room.


It was during a 10-month sabbatical in 2013 with her family in the town of Cernobbio in Lake Como, Italy, that Samantha says sowed the seeds for her architectural vision.

“Everything there is stone or marble and it’s so solid you can practically feel the weight of ancient history when walking on the cobblestones. Also, Milan wasn’t far away which meant we were always close to the centre of all things design.”

Upon returning to Australia they engaged Leeton Pointon architects + interiors and briefed them for a home that involved “interpreting classical architecture but in a modern way”.


© Provided by Are Media Pty Ltd
Samantha installed pendant lights from her own ‘Opera’ range throughout the home, with a ribbed profile emitting an ambient glow while diffusing and absorbing noise.


Samantha says she had always been fascinated with the structural elements of arches and “how they were built brick by brick, and the sheer spans and weight they could support”.

For the new build, arched profiles were something she was keen to integrate, but they were to be more than just a feature – they were to make up the very skeleton of the house, with an immense amount of steel supports necessary to execute the form.


© Provided by Are Media Pty Ltd
Samantha says she had always been fascinated with the structural elements of arches, and wanted to incorporate them throughout the new build, and in the skeleton of the house.


Both the street and facade views set the tone for the dynamic interiors with its hefty curved staircase, circular cut-outs and sweeping arcs. To offset the mass of impenetrable concrete, Samantha installed European oak floorboards in three different widths sourced from a hilltop village near Venice.

“The effect of the various combinations means that they don’t look too perfect,” she says. “They were one of the first things we chose for the house and they informed the rest of our decisions. There is also underfloor heating so practically they provide warmth too.”


© Provided by Are Media Pty Ltd
A step upwards leads to the dining and kitchen zone and ahead to the passage and staircase access. Moustache ‘Big-Game’ chair in Purple.

© Provided by Are Media Pty Ltd
The sculptural staircase wraps the main passage around to the kitchen. Two steps lead down to the sunken living area. European oak floorboards by Veneto Group temper the immense amount of concrete, adding warmth. The circular artwork by the powder room is by Ryan Hoffman from Sophie Gannon Gallery.


Given its cavernous design, good acoustics were crucial. Well-equipped to problem solve, Samantha had already spent years studying the impact of noise on inside environments as a precursor to launching her lighting business.

“I spent time researching and prototyping lighting and how that could solve issues associated with echoing. In particularly reverberant rooms it can really make the conversation strained or unintelligible but I found that using suspension lighting captures the sound before it bounces around. With especially high ceilings such as these, pendant lights help to create a better soundscape.”


© Provided by Are Media Pty Ltd
In the main ensuite, a Moda ‘Lucia’ freestanding stone bath from ACS Designer Bathrooms is paired with a curved filler in Iron Bronze from Astra Walker. The vanity top is a chunky block of Savoir marble. Floor tiles from CDK Stone.

For feature lighting, her own locally made ‘Opera’ range is suspended throughout, the ribbed profile emitting an ambient glow while diffusing and absorbing noise.


© Provided by Are Media Pty Ltd
In the dining area, a ‘Rook’ dining table by Studio Acustico with dark oak legs and a marble top is paired with Thonet ‘B9’ bentwood dining chairs. Hanging above is a khaki ‘Musica II Opera’ pendant light by Acustico Lighting which aids in noise absorption.


In the dining room, a show-stopping grooved khaki version illuminates the dark oak and marble ‘Rook’ table by Studio Acustico, her multi-disciplinary practice.

“They absorb up to 45 per cent of high-frequency noise such as dishes scraping but about 30 per cent of voice noise is where they have the most consistent benefit. They really contribute to the calmness of the space which is the biggest compliment we could ever receive,” she explains.

© Provided by Are Media Pty Ltd
In the family lounge room, Cassina ‘Super Beam’ sofa from Mobilia with a ‘Creek’ side table and coffee table, both from Poliform, on which is Coral Arch 5 stoneware sculpture by Bettina Willner-Browne from Modern Times. ‘Lumi’ sconces by Articolo.


The entry is through a double-height glass archway with the master bedroom suite running down the west side and the sitting room on the east connected to a study. Traversing through the home, at the junction before expanding into the open-plan zone, is a sculptural spiral staircase leading to the first floor where there are three kids’ bedrooms plus a rumpus and guestroom.

Carved into the base of the staircase is a compact powder room swathed in a surprising shot of colour by way of electric-green custom marmorino plaster with handmade Moroccan tiles and a curved ceiling.


© Provided by Are Media Pty Ltd
The compact powder room built into the base of the winding staircase is awash with electric-green custom marmorino plaster and handmade Moroccan tiles.


The central passageway balloons outwards with steps down to a generous sunken family area framed in Cassina’s ‘Super Beam’ sofa. Back on ground level, a dining table separates the arch-framed kitchen and banquette meals nook.


© Provided by Are Media Pty Ltd
The timber on the kitchen island is Caramel Tart oak from Almira topped with Verde Fusion from CDK Stone which also lines the splashback. A slim ‘Highline’ pendant light by Archier is suspended over the benchtop. Desalto ‘Koki’ bar stool purchased in Italy. ‘Koki’ chairs and ‘Clay’ round dining table, also by Desalto.

© Provided by Are Media Pty Ltd
Beside the kitchen is a meals nook with a timber banquette carved into the concrete wall. ‘Koki’ chairs and ‘Clay’ round dining table, both by Desalto and purchased while living in Italy. On the table is Terra Flow object by Nadia Robertson Ceramics. The walls are rendered in Marmorino Venetian plaster.


Full-height doors open directly from the kitchen onto a concrete canopied outdoor dining terrace which links to a pool house.

“Our kids are teenagers and we wanted a retreat for them that was disconnected from the main house. They also play a lot of sport so it was important to have a good-sized grass area.”

Sitting above ground is a round pool, fringed by glossy green hedges. Looking back towards to the house, the building reaches its fullest expression with two concave and convex arches meeting in the middle.


© Provided by Are Media Pty Ltd
In the outdoor room between the kitchen and pool house are ‘Croisette’ chairs in Storm Grey and a ‘Ribambelle XL’ dining table, all from Fermob.

© Provided by Are Media Pty Ltd
The pool was installed by Waterview Swimming Pools. 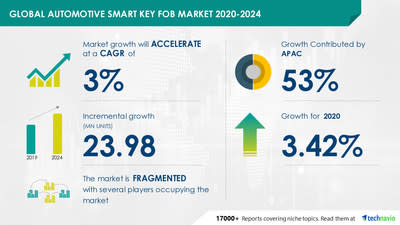