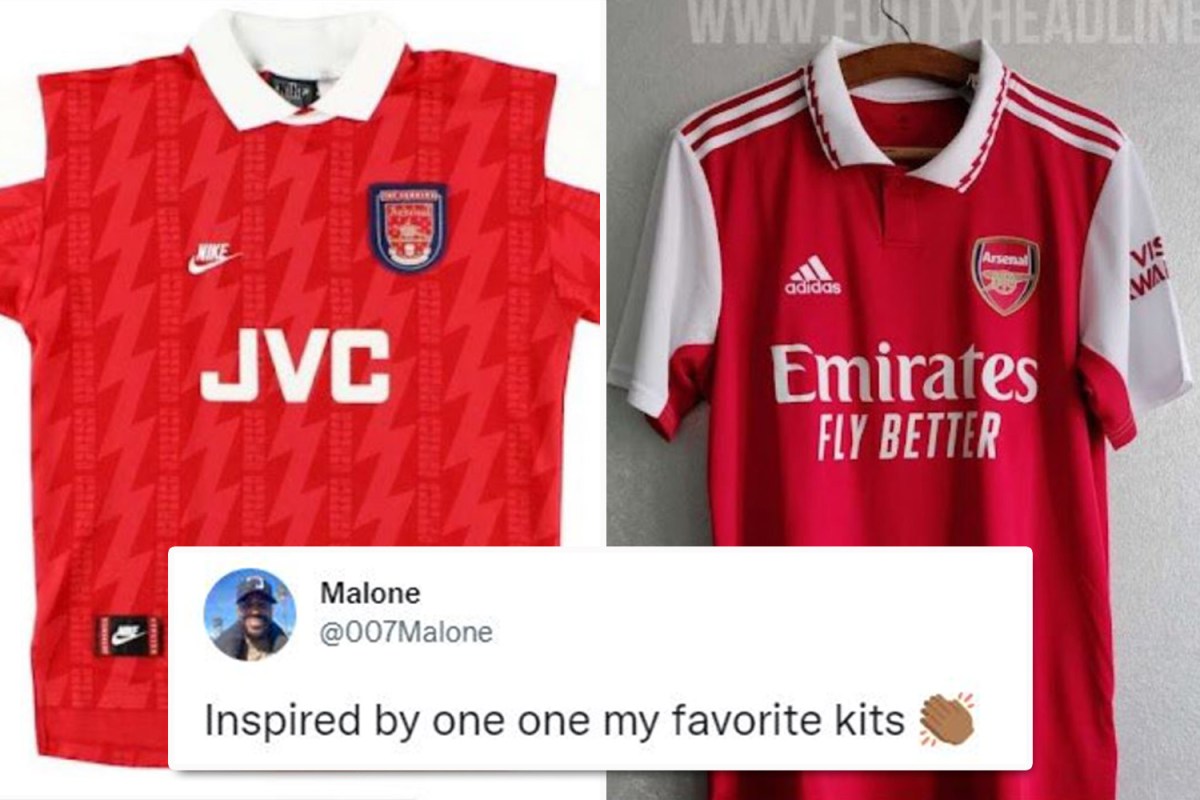 ARSENAL’S rumoured home kit for the 2022-23 season has been inspired by their classic strip from the mid-1990s.

Fans are loving the leaked throwback design, with many taking to social media to once again praise Adidas for the retro look.

In new pictures shared by Footy Headlines, Arsenal’s alleged next kit has been modelled on the 1994-96 shirt, which was designed by Nike.

That kit boasted a white polo collar, with a lightning zig-zag pattern running vertically down the jersey.

And in the leaked design, the polo collar is back – the first time it has appeared on a shirt since Adidas became the club’s sponsors in 2019.

But there is no striking lightning look on the shirt, instead the zig-zag look can be seen on the collar.

It even features on this campaign’s blue third kit.

Supporters have been quick to comment on next season’s rumoured kit, as one tweeted: “Inspired by one one my favourite kits.”

This fan then quipped: “This kit gonna take my money already.”

Meanwhile another said: “A thing of beauty.”

Arsenal’s rumoured away kit for next term has also been leaked, with images showing it to be in an all-black ‘stealth’ design.