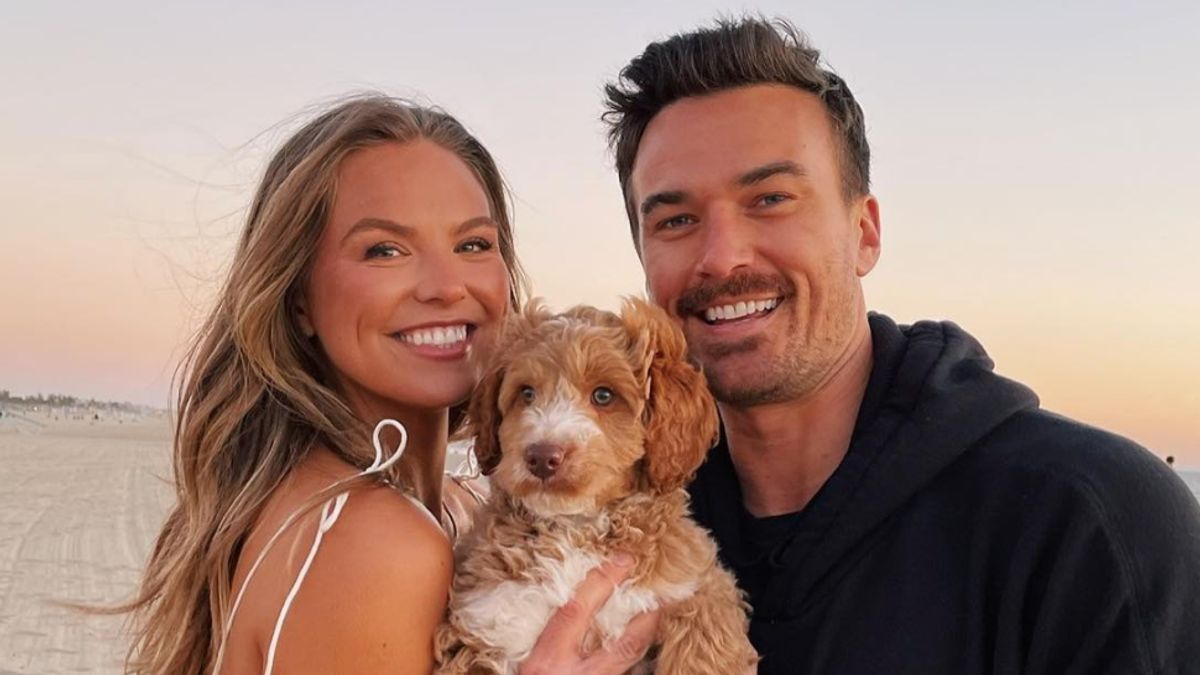 Dancing with the Stars winner Hannah Brown put her moves to good use when she and her model boyfriend happened upon a flash mob practice session.

The former Bachelorette and long-time boyfriend Adam Woolard were out on a date when they ran into the group and didn’t hesitate to join in.

Hannah showed off the couple’s dance skills in a montage of their busy weekend together in Venice, California.

The couple took on the weekend while riding an electric bike around the city. Hannah filmed Adam navigating the bike by the beach while she held on behind him. They appeared at ease on the bike as Adam even answered Hannah’s request to smile for the camera.

However, their plans were derailed when they discovered a group practicing for an upcoming flash mob performance.

Hannah, who previously starred on Dancing with the Stars, caught on to the routine quickly. Adam was a step or two behind his girlfriend, but appeared just as energetic about the experience.

The two even joined in yelling along to sounds made by the rest of the group. Hannah sported a bucket hat and pink romper as she shook her hips, spun, and even jumped along to the music.

The pair ended the song by smiling and laughing together, but they weren’t quite done with their weekend plans yet.

Get our The Bachelorette newsletter!

Hannah and Adam joined friends for a van hangout before stepping out all glammed up for a friend’s birthday. The Bachelorette traded her casual day wardrobe for a black skirt, jacket, and bralette. She also added strappy heels and a pink purse to complete the look.

Although Hannah didn’t find love on her season of The Bachelorette, her relationship with Adam is still going strong.

The two even met with Pure Salt Interiors to talk the design of their first home together.

“We loved working with Hannah again and are so happy to have helped create her and Adam’s first home together,” the designer’s captioned a shot of the four together.

They also shared a picture of Adam and Hannah cuddled up together and grinning from ear-to-ear during the meeting.

Hannah in turn praised the designers and revealed that the majority of pieces in her home are from Pure Salt Interiors.

Fans will have to wait and see if Adam and Hannah give an inside look at their new home.

The Bachelorette is currently on hiatus.