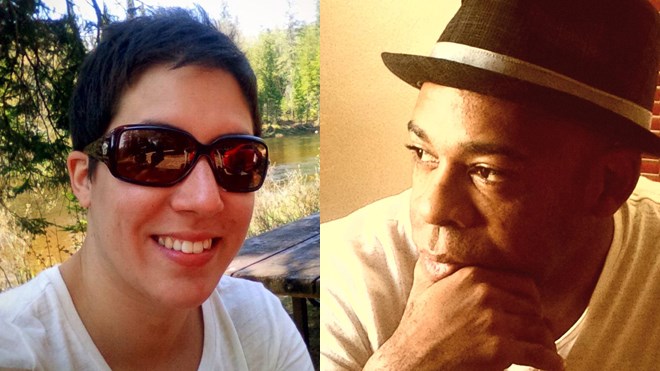 A former track and field coach in Greater Sudbury and a former sprinter he coached will stand trial on a sexual assault charge early next year, a judge ruled earlier this month.

In a ruling released Dec. 16, Alexander Kurke, of the Superior Court of Justice, rejected arguments from lawyers representing David Case and Celine Loyer that delays in getting to trial violated the pair’s rights under Canadian law.

They were charged Feb. 28, 2017 for historic sex assault accusations, and will each stand trial beginning Jan. 27, 2020, on one count of sexual assault – 35 months after they were first charged. Case is facing an additional trial by himself for a separate sex assault charge, with the trial beginning Jan. 13 — 31.5 months after that charge was laid.

Under the R. v. Jordan decision in 2016, cases appearing in Superior Court must come to trial within 30 months or be dismissed. In cases when the 30-month limit is exceeded, the burden is on the Crown to prove the delay is a result of exceptional circumstances.

In calculating the 30 months, however, time must be subtracted for delays in which the defence is responsible, or when the accused agrees the delays won’t be counted as part of the time limit.

Exceptional circumstances include any delays which are beyond the Crown’s control to address. In Loyer’s case, Kurke ruled that much of the delay was a result of her attempts to get a Legal Aid lawyer. She first appeared in court in March 2017, and requested delays that lasted until June. In June, she told the court she had been denied Legal Aid. She was given until July to sort out her appeal.

At the July hearing, court was told a decision on the Legal Aid appeal was due the following day, but the agent representing Loyer asked for a two-week delay. A date of September was finally set for the pre-trial.

In his ruling, Kurke wrote the Crown could not have reasonably expected for it to take so long for Loyer to get counsel and set dates for the pre-trial.

“Moreover, the Crown on several occasions pushed for the matter to be moved along and noted its concerns about the delay; it did not stand by and do nothing,” the transcript says. “Such delays can only be labelled as exceptional in the circumstances of this case.”

Further delays were caused in August when Loyer’s Legal Aid appeal was denied. The Crown wanted an Aug. 15 court date, but the lawyer who ultimately represented her wasn’t available until Sept. 5. Another two months were deducted for these delays, and similar deductions were made because of scheduling issues with Loyer’s lawyer.

By the time the case returned to court in late February 2019, there was little time to set a trial date. By March 19, no dates were left in 2019 and the trial was scheduled for January 2020.

When all the deductions are made, Kurke ruled the delay in Loyer’s case totalled 24 months, well below the 30-month limit.

Case’s lawyer argued the Crown was at fault for the delays because it opted to try Loyer and Case together, rather than separately, forcing his client to wait 35 months, well in excess of Jordan.

But Kurke ruled the allegations against the pair involved incidents in which they are both accused of participating at the same time. Severing the cases would have meant having complainants testify more than once, repeatedly detailing traumatic assaults they say they endured.

“Factual overlap and interconnectedness, and limiting the trauma to the complainants of testifying on multiple occasions justified joint proceedings,” he ruled. “It was manifestly in the interests of justice for the Crown not to sever the accused persons, and instead to push for the setting of an in-court judicial pre-trial at the earliest time acceptable to the applicants. That was done.”

When all the factors are taken into account, Kurke ruled the delay in the first charge Case is facing is 24 months, again well below the time limit set in the Jordan case.

For the trial Case is facing by himself, which begins 31.5 months after he was charged, the judge ruled 10 weeks was a result of delays caused by the defence.

And since Case was initially willing to follow timelines similar to Loyer’s case, another eight weeks should be deducted.

In total, Kurke ruled the delay was 25.5 months, well short of the 30-month limit.

“All of this was done virtually in the face of Crown efforts to move the matter along. Crown counsel repeatedly noted concern about the delay, urged that the matter be marked peremptory, and insisted on the setting of dates. When the required statements of issues were not forthcoming, the Crown pushed for their filing. The Crown never indicated that it was unavailable for any date that was offered.”

How To Value A Business