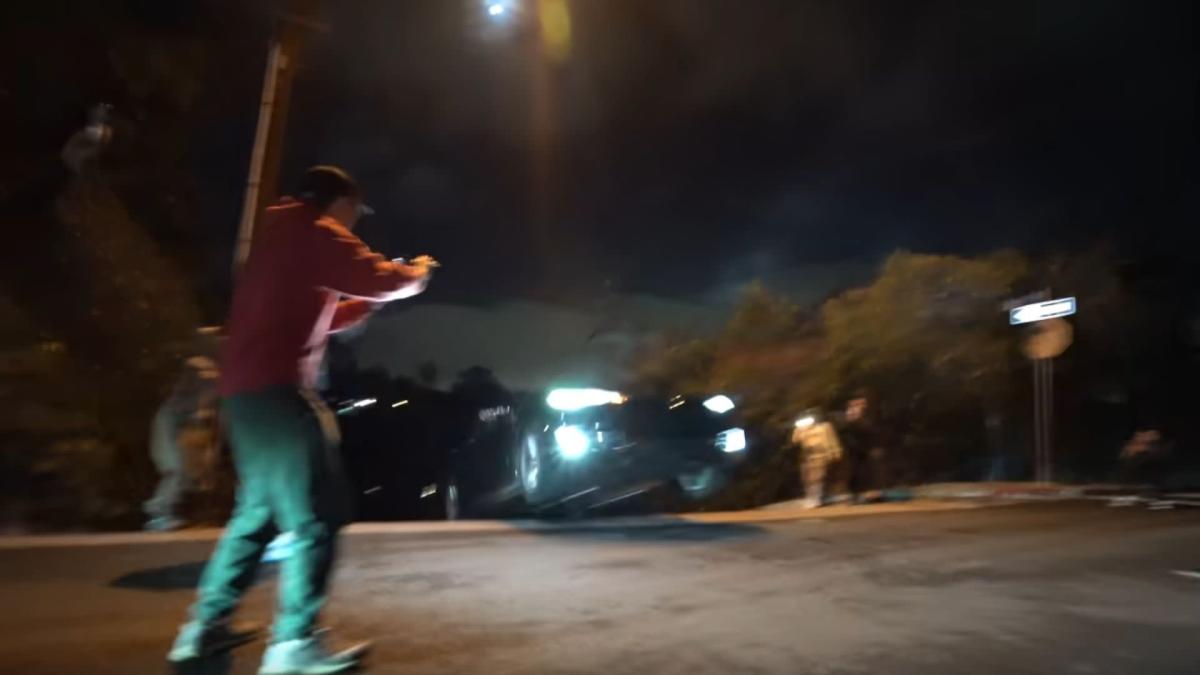 Los Angeles Police took to social media over the weekend to solve a crime they believed was committed for social media clout. Welcome to the 21st Century and how everything is becoming dumber. The suspects apparently rented a 2018 Tesla Model S so they could jump it at Baxter Street and Alvarado Street in the City of Angels.

Video of the jump show the Tesla speed through an intersection, catch air like it’s the General Lee, then it nosedives but thanks to all those heavy batteries in the chassis, the Model S doesn’t flip. You can hear a crash and the car tires screeching, then the group of bystanders who almost all appear to be holding cameras or phones to record the jump go over to the electric vehicle. A woman can be heard asking if they should call 911 and a man says it’s not necessary since nobody was hurt.

As any normal person would suspect, jumping a car on a public road is going to lead to collateral damage. The Tesla hit a few trash cans, which somehow seems appropriate and not that big of a deal. Worse, it also struck two parked cars. Of course, like complete idiots, the people who were there to watch the even recorded it on their phones and posted it to social media, then put a bow on it for detectives.

Even better, the Tesla Model S was abandoned at the scene of the crime. It turned out to be a rental, so there’s paperwork about who paid for it and police are following up with that person. Somehow, we think these guys didn’t plan this “perfect crime” well at all. Who would’ve thought social media influencers could be so dumb?

After posting about the incident on Instagram and Twitter, plus putting up a video of the stunt on YouTube, Los Angeles Police reportedly were flooded with tips. In fact, they received so many that they eventually asked everyone to stop submitting names. The official Twitter account stated “over 90%… are of the same person who has a TikTok handle of @dominykas or @durtedom on Twitter.” It later stated police are looking for witnesses who were at the scene to come forward. Some of the tips submitted indicated two Instagram users, @alex.Choi and @chazzydawg were there.

One of the cars hit by the Teslas was a Subaru Forester. The owner of that car set up a Go Fund Me campaign to buy a new Subaru. However, the video from Alex Choi of the incident was taken off the campaign page with a notice from YouTube of “a copyright claim by Alex Choi.” We have not included Choi’s video of the jump because we don’t want to help him monetize this stunt further. You can find the Go Fund Me campaign here, if you’re interested in helping the guy.

The worst part about this stunt is the entitled attitude of the kids involved. It’s obvious they don’t take the crime seriously, that to them it’s just some little prank. Hopefully there will be consequences to teach what parents obviously failed to communicate. However, since Los Angeles has decided to coddle criminals, likely these kids will get a slap on the wrist and they know it. 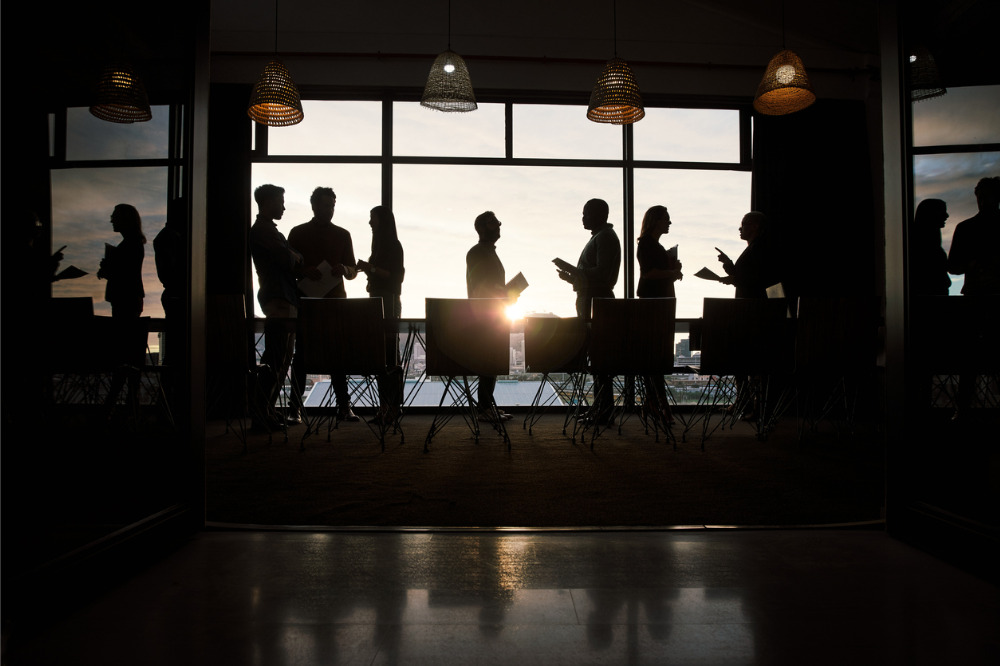 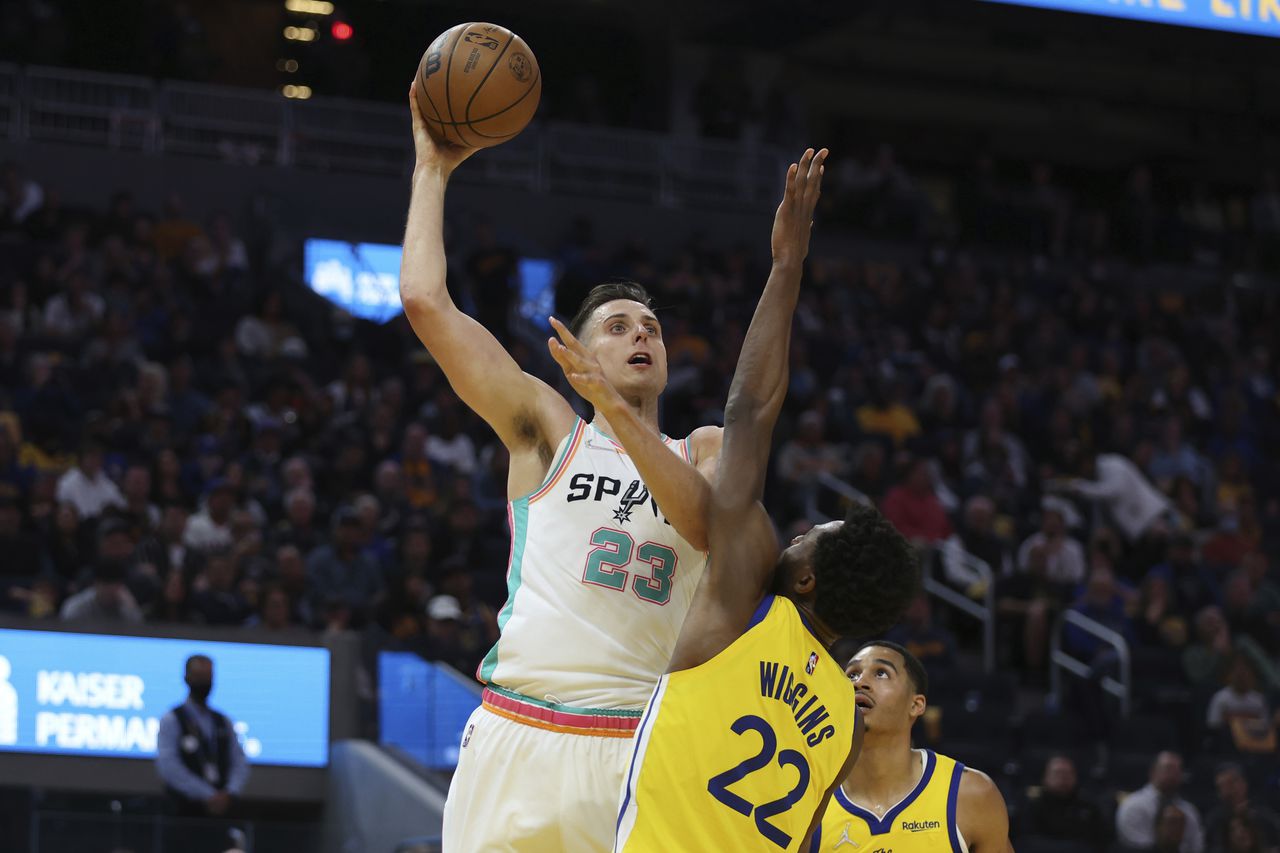