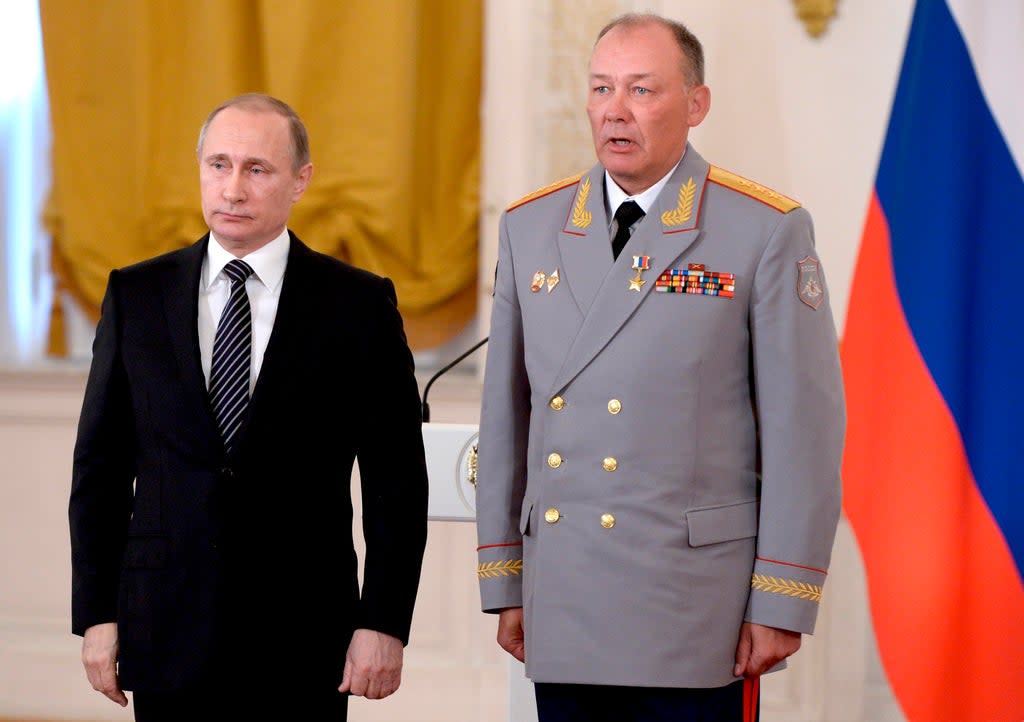 The Kremlin has appointed Alexander Vladimirovich Dvornikov to lead Russia’s invasion of Ukraine after its troops have been plagued with a number of setbacks.

A US official confirmed the move to media on Sunday. Up to now, Russia had no central war commander on the ground.

The 60-year-old general’s appointment has sparked predictions from the US that he will inflict more “war crimes” and “brutality” against Ukrainian civilians.

Jake Sullivan, US national security advisor, made the claim in an interview with CNN – but did not cite any evidence.

The general is known as the “butcher of Syria” for his troops’ destruction during the Syrian civil war, when Russia backed Syrian president Bashar al-Assad in fighting rebels.

In 2015, Dvornikov became the first commander of the Russian army at the beginning of its involvement in the civil war – for which he was awarded the title ‘Hero of the Russian Federation’ the following year.

During his time leading Russian troops in Syria, an estimated 10,000 bombings flattened towns and cities across the country – mainly Aleppo and Homs – and destroyed basic infrastructure such as hospitals and water sources.

In 2020, Vladimir Putin promoted Dvornikov to the rank of general.

Dvornikov has now been placed in charge of military operations during the Russian invasion of Ukraine.

Sir Roderic Lyne, former British ambassador to Russia, told Sky News that Russia has appointed Dvornikov “to try to gain at least some territory in Donetsk” in eastern Ukraine, which would be an achievement for the Putin regime.

Harry Kazianis, US military analyst at the Center for National Interest, told the Telegraph: “My fear is that Dvornikov has orders that if he cannot take eastern Ukraine he will turn him into a giant Aleppo.”

A military analyst from Moscow, who did not want to be named, has said: “Dvornikov is known as a ruthless commander and will deploy tactics used in Syria now in Ukraine. He was in Chechnya 20 years ago.

“It is about liberating cities by reducing them to rubble.”

Dvornikov is reportedly believed to be behind the Kramatorsk railway station bombing earlier this week, that killed at least 52 people including five children, which Russia denied responsibility for.

The Independent has a proud history of campaigning for the rights of the most vulnerable, and we first ran our Refugees Welcome campaign during the war in Syria in 2015. Now, as we renew our campaign and launch this petition in the wake of the unfolding Ukrainian crisis, we are calling on the government to go further and faster to ensure help is delivered. To find out more about our Refugees Welcome campaign, click here. To sign the petition click here. If you would like to donate then please click here for our GoFundMe page.