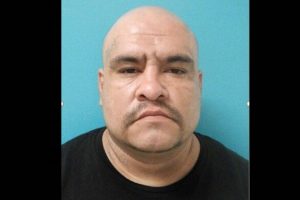 Sonora, CA – Shoppers outside of a Sonora automotive store were shocked when they became witnesses to a driver overheating and erupt in violence.

A call from an employee of the AutoZone store in the Crossroads Shopping Center along Sanguinetti Road on Monday morning of a woman with a bloody face brought Sonora Police officers to the scene to investigate. Upon their arrival, witnesses described an argument between a man and a woman in the parking lot, where the male allegedly struck the female.

The victim was located nearby and corroborated those statements and told officers the attacker was her boyfriend, 38-year-old Daniel Ventura Aguilar Jr. of Merced, who had struck her after an argument regarding a stalled vehicle. Officers found him walking along a sidewalk nearby with a crowbar in hand heading to the disabled vehicle.

Further investigation determined that Aguilar had bought the metal bar in the auto store to fix his broken-down vehicle. It was not used in the altercation, according to police. While he denied the assault allegations, based on information provided by the victim and witnesses, Aguilar was arrested. He was booked into the Tuolumne County Jail for felony domestic battery on a $35,000 bail.

Thu Aug 13 , 2020
Tesla president of automotive Jerome Guillen says that “Gigafactory Texas is happening at full speed” as the automaker is already announcing a lot of job openings. After Tesla finally confirmed a site next to Austin for its next factory in the US last month, the automaker started moving quickly. A […]