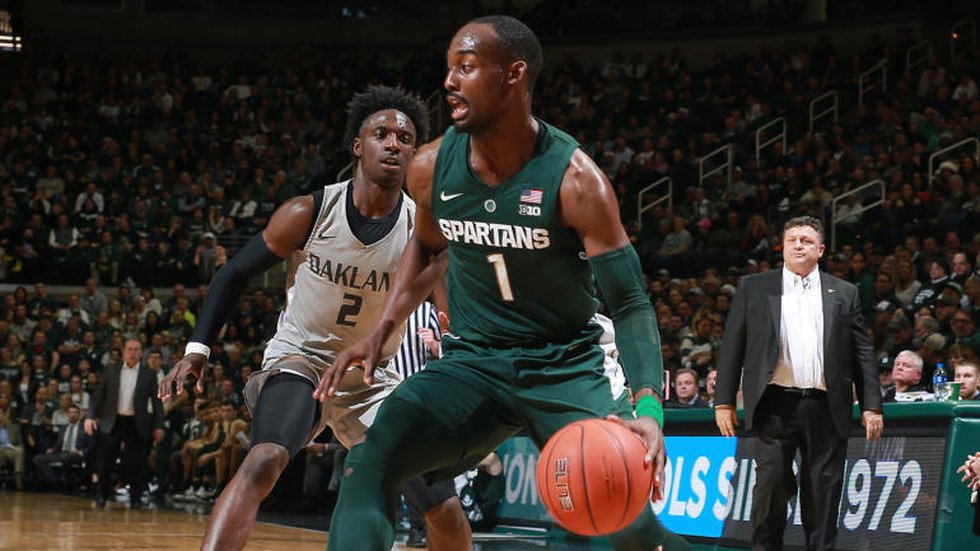 LANSING, Mich. (WILX) – The Michigan State basketball team has named its Captains for the upcoming season. Head Coach Tom Izzo said the team voted for graduate student Josh Langford and Juniors Aaron Henry and Foster Loyer to be Captains for 2020-21.

This will be the third season that Langford has been a Captain for MSU. Henry and Loyer will be Captains for the first time with the Spartans.

Tom Izzo and the Spartans commented on the selections in a release Thursday afternoon.

“When you have a vote among your players to determine captains, it’s always interesting to see who the team looks to and in this case, I think our team selected three players who are true leaders in our program.

“Josh Langford is one of the most disciplined players we’ve ever had here and it’s a testament to him that he is a captain for his third-straight year. It’s a special type of person to command that respect from his team and Josh has earned that.

“I’m happy to see Aaron and Foster get that recognition from their teammates. Both of them have some very good experience and are guys who are not afraid to speak up and say what is on their mind, both on and off the floor. They are two of our hardest-working players and I think they will be great leaders for our team.”

Langford was named a captain for the third time in his career and is just one of six Michigan State players to earn that honor three times, including current graduate manager Lourawls “Tum Tum” Nairn Jr. Langford, who has missed most of the last two seasons, has averaged 10.2 points and 2.8 rebounds in 83 career games, including 15.0 points and 3.6 rebounds in 13 games during the 2018-19 season before being sidelined.

Henry, who had submitted his name for consideration for the 2020 NBA Draft but ultimately decided to return to school, started in 29 of 30 games last year. He was third on the team in scoring (10.0 points per game) and rebounding (4.6 rpg), while averaging 2.9 assists and playing 29.1 minutes per game. He enters his junior season having started in 51 of 69 career games, averaging 7.8 points per game.

“I’m honored to have an opportunity like this at a program like Michigan State,” Henry said. “When you come to Michigan State and you’re here for two or three years, you aspire to be like many of the great leaders this program has had. I think being a captain for the Michigan State basketball team carries a lot of weight. All of us share that leadership and we want to be leaders on a team that helps to carry on the legacy of this program.”

Loyer started one game last year and appeared in all 31 while serving as a backup to All-American guard Cassius Winston. In two years, he has played in 67 games while averaging 2.2 points and 0.9 assists per game. He set career marks in minutes played (21) and points (16) while starting against Western Michigan last year.

“I think it’s just an honor at such a program where leadership and the ability to help your teammates and to be a leader is such a prime factor,” Loyer said. “It’s a responsibility that I will take very seriously and I will hold myself accountable to my teammates and make us the best that we can. There’s a great emphasis that we put on leadership and holding each other accountable, not only in basketball but in life, and I’m really excited for this opportunity and this season.”