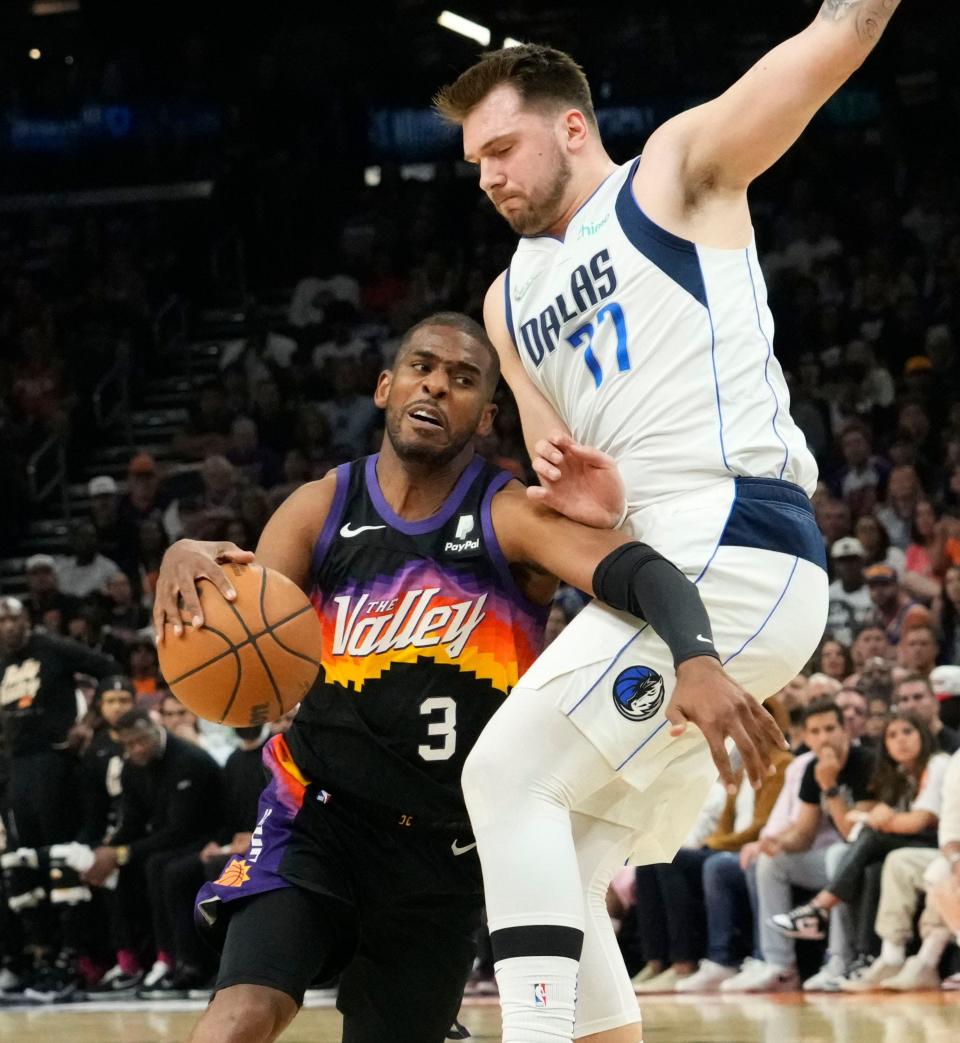 General Booty is his name, and, well, who cares what his game is? His name is General Booty.

The Tyler (Texas) Junior College quarterback has committed to OU and comes to Norman with a name for the ages. Poor Dillon Gabriel. The Sooner starting QB has a glorious name, but it doesn’t even carry the day in the OU quarterback room.

General Booty is the kind of name that will get you flagged for questionable internet searches, and you might wonder what his parents were thinking, but there’s a perfectly reasonable explanation for Booty’s name.

First off, he’s part of the famous Booty family from Shreveport, Louisiana. And Booty’s father, Abram, a former Louisiana State wide receiver, reportedly has a lifelong fascination with the military and vowed to use the name “General” if he ever had a son. So begat General Axel Booty.

“Obviously my name’s an attention-grabber and people like to do headlines with it,” General Booty told the Dallas Morning News. “But I like to show people with my play that I can back it up, too.

“I have done that, I’m going to continue to do that as well, and give them a reason to remember my name.”

In the span of a week, the Sooners have added two backups behind Gabriel. Davis Beville, slated to be the third-team quarterback at Pittsburgh, announced last week he would transfer to OU.

Despite the notoriety of his first name and pedigree of his last name, Booty has yet to make a big splash on the gridiron.

He attended four high schools, two in California and two in Texas, but played well as a senior in 2020 for powerhouse Allen High School, Kyler Murray’s alma mater, in suburban Dallas.

So Booty bet on himself and enrolled at Tyler Junior College, where in 2021 his team went 7-5 and he threw for 3,115 yards and 25 touchdowns.

“TJC was an unforgettable experience and will always be very special to me,” Booty told the Tyler Morning Telegraph. “I am excited about the new opportunity at Oklahoma to compete and work at a high level and become the best that I can be.”

Booty’s family has quite the football pedigree. Booty’s grandfather, Johnny Booty, was a star quarterback at Woodlawn High School in Shreveport, following the likes of Terry Bradshaw and Joe Ferguson. Johnny Booty played quarterback at Mississippi State and Arkansas. Johnny Booty then helped start the athletic program at Shreveport’s Evangel Christian, which became a national powerhouse.

Johnny Booty had four sons, all with athletic success.

Josh Booty received a $1.6 million bonus to sign a baseball contract but returned to college five years later and was a two-year LSU quarterback. Booty was Nick Saban’s first starting QB at LSU, in 2000. Booty was drafted by the Seattle Seahawks of the National Football League but never played in the NFL. But he did get 26 at-bats for baseball’s Florida Marlins.

John David Booty was one of the first high school players to graduate early and skip his senior season. He signed with Southern Cal, sat three seasons behind Matt Leinart, then quarterbacked the 2006 and 2007 Trojans to Rose Bowl victories.

Abram Booty had 117 catches for LSU, 1997-00. Jake Booty, a quarterback at Calvary Baptist in Shreveport, was the national high school player of the year but didn’t play college football.

Now comes the next generation of Bootys, led by a quarterback named General.

More: Which players have committed to Oklahoma football’s 2023 recruiting class?

I wrote about the OU/ESPN Plus deal a few days ago, and ESPN manager of corporate communications Olivia Wilson reached out to clarify a couple of things.

I pointed out that the production quality of ESPN Plus is not up to the usual ESPN standards, and there’s a reason for that. ESPN doesn’t produce most of the content seen on ESPN Plus.

“ESPN+ will not be producing any of the OU content on the app, but taking the feed from the folks who were previously producing SoonerSports.tv,” Wilson wrote. “This is the case for a majority of the content on ESPN+ – we take feeds that are already being produced and, depending on the scenario, add ESPN commentators.

“There are some games, like NHL exclusive matchups or marquee soccer matches for example, and tons of studio show programming that are produced by ESPN and of the same quality you’d see on linear television.”

That makes sense, of course, since ESPN Plus consists of hundreds of events during a week. It’s only natural that the universities themselves would have to produce the telecasts.

The quality is not far off. Just a little thing here or there that you can notice. My main quibble was for football games, which has set a standard (ESPN or anyone else) for viewers.

ESPN’s contract with the Big 12 (Big 12 Now) has given us a good sneak peek at what the OU telecasts will look like, and only in football have I seen major differences.

I also mentioned a lack of communication – for instance, when the OU-Baylor women’s basketball game started about 45 minutes late last winter, there was no explanation from the feed on what was happening or why there was a delay. Just a blank screen, saying the game was upcoming.

Wilson also explained why ESPN Plus is not offered outside the U.S.

“International rights are much more complex than domestic offerings given the ability for media companies to agree to air or stream leagues in specific territories only,” Wilson said. “We remain focused on a domestic product, rather than offering some sports and leagues internationally and potentially confusing the customer base.”

She indicated international distribution could be coming at some point, but it’s not available right now.

Chris Paul says he’ll be back, after shellacking

Before May 6, Chris Paul was the belle of the ball. The most valuable player of the NBA playoffs. Having beaten the New Orleans Pelicans, he was beating the Dallas Mavericks and Father Time.

Paul was 36 and playing pristine basketball.

Then May 6 arrived, and CP3 turned 37, and Paul seemingly got old overnight.

Paul’s Phoenix Suns lost 123-90 to the Dallas Mavericks on Sunday night in Game 7 of the Western Conference semifinals, and the game was not that close.

Through three quarters, Paul had three points and two assists, with 1-of-5 shooting. The Suns seemed victimized by body-snatcher invasion. The team with the NBA’s best regular-season record, 64-18, was overwhelmed by the Mavericks.

“Right now, everything is such a blur,” Paul said after the game.

The Suns were stunned. They went from NBA favorites to punching bags. Dallas superstar Luka Doncic laughed his way to 35 points before sitting out the fourth quarter.

And Paul, who led Phoenix to the NBA Finals a year ago, was left to explain how the Suns derailed so far so fast.

About the only thing CP3 could say was that he would not retire. That he intends to return at age 37.

“You play long enough and you don’t win, every time you lose, they’re going to say it was your best chance,” said Paul. “But I think for me, us, it’s we’ll be right back next year. I’ll tell you that much. I’m not retiring tomorrow, thank God. Hopefully, I’m healthy coming back.”

Paul has staged revivals before. In Houston, where he teamed with James Harden to deliver a 65-17 season. In Oklahoma City, where the 2019-20 Thunder was the surprise of the league. In Phoenix, which zipped immediately into title contention.

But Paul’s decline in recent days has been remarkable.

In his first eight playoff games this season, Paul averaged 22.6 points, 9.9 rebounds and 1.6 turnovers, while shooting 58 percent from the field. He averaged 14.9 shots per game and famously made all 14 of his shots in the closeout game against New Orleans.

But in Paul’s final five playoff games, four of which Dallas won, he averaged 9.4 points, 5.8 assists and 3.6 turnovers. He took just 7.2 shots per game.

Paul limped through much of the game with a quad injury.

“I think we just came out and just didn’t have enough,” Paul said. Suns coach Monty Williams accepted blame for the defeat, “but I think that’s on me, as the point guard, the leader of the team. To come out and make sure you’re getting the right shots and all that.”

The Suns were outscored by 39 points in Paul’s 31 minutes on the court. But that was a widespread Phoenix problem. Scoring star Devin Booker and center Deandre Ayton each had a miserable game. The Suns were totally outclassed.

Tramel: NBA Lottery success not an automatic road to glory for OKC Thunder

Southern Hills’ champions over the decades generally have been more than one-hit wonders. Six of the seven Southern Hills majors winners have won at least one other major.

That’s a good ratio. I ran a quick check, just to see how Southern Hills fared against other similar historic courses.

Of Carnoustie’s eight major winners, six have won other majors. For Oakmont, 10 of 12. For Winged Foot, four of seven. For Pebble Beach, three of seven.

So here are the seven major champions at Southern Hills, ranked by major victories:

My item last week about Nick Saban bemoaning a threat to college football parity drew a short idea from a reader.

Tramel: That’s a tried (and somewhat true) formula to increase parity. Reduce scholarships per school. We’ve gone from limitless to 120 to 105 to 95 to the current 85.

But here’s what I told Keith: with the name, image and likeness revolution, I think scholarship limits are passé. Heck, I could see scholarships eventually becoming extinct.

If players are making enough on NIL, who needs a scholarship? Why would Bryce Young at Alabama or Caleb Williams at Southern Cal need a scholarship when their NIL deals have surpassed $1 million? Who should be paying who?

Limiting scholarships is not going to keep a player from Alabama or USC or OU or Clemson or Ohio State.

Berry Tramel: Berry can be reached at 405-760-8080 or at [email protected] He can be heard Monday through Friday from 4:40-5:20 p.m. on The Sports Animal radio network, including FM-98.1. Support his work and that of other Oklahoman journalists by purchasing a digital subscription today.

This article originally appeared on Oklahoman: OU football: General Booty, new Sooners QB, has a name for the ages