The future is bright, or in the automotive world, it’s electrified. The thing is, automotive electrification looks to open a new world of motorsports where vehicles get even faster and more taxing for the driver. However, electrification has its downfalls through only permitting so many laps on a circuit all because there are limitations of battery technology.

Porsche is one manufacturer that’s been deep in the fray of motorsports and is placing its bets on the development of electrified race cars. Here, they have mostly uncovered what we could see in the next few years on the racetrack and the road on the basis of what we’ve already seen in the Mission R concept. It’s a Porsche 718 Cayman GT4 ePerformance, or what we will decidedly say is the future of what the Porsche Cayman will be based on – pure electricity, and the sounds of unicorns dying an excruciating death – yes, it’s loud but not the ‘good’ loud from an internal combustion engine. Maybe we’ll one day get used to that sound.

The video here outlines and highlights a few details about the new Porsche GT4 ePerformance as Chris Harris pilots the mental all-wheel-drive vehicle that touts 600 to 1,000 horsepower. There’s a lot of talk surrounding such a creation and what we see here is a precursor of what is to come. For now, there are no regulations per se surrounding such a cup car creation, and Porsche is diving in headfirst using their previous knowledge in motorsports along with the newfound tech that’s found in the Taycan streetcar, only this is racecar stuff – serious racecar stuff that gives us a legitimate glimpse into what we could see in the near future making laps around our favorite track or gracing the presence of our home garage outfitted with a charging station. The future isn’t just bright, it’s LIT up like the rear-end lightbar on the GT4 ePerformance!

The Porsche 718 Cayman GT4 ePerformance serves as a test vehicle. Like the Mission R, the all-wheel-drive racer uses the chassis of the proven 718 Cayman GT4 Clubsport model. The entire electric motor and battery technology also comes from the IAA conceptual study, which in qualification mode translates to a maximum output of 735 kW (1,000 PS) and more. In simulated racing, a steady 450 kW (612 PS) is available for 30 minutes, i.e. the duration of a Carrera Cup race. In terms of lap times and top speed, the 718 Cayman GT4 ePerformance is on par with the performance of the current 992-generation 911 GT3 Cup. 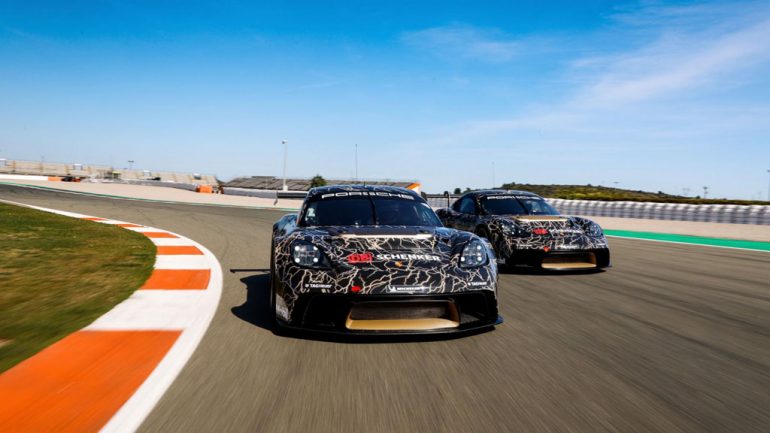 “With the Mission R, we’ve shown how Porsche envisages sustainable customer motor racing in the future. The 718 Cayman GT4 ePerformance now demonstrates that this vision works impressively on the racetrack,” states Matthias Scholz, GT racing vehicle project manager. “We’re very excited about the response because a one-make cup with electric racing cars would be an important addition to our existing customer racing programme.”

In 2030, Porsche aims to be CO2 neutral across the entire value chain and life cycle of new cars sold. By then, the proportion of all new vehicles featuring all-electric drive should be more than 80 per cent. 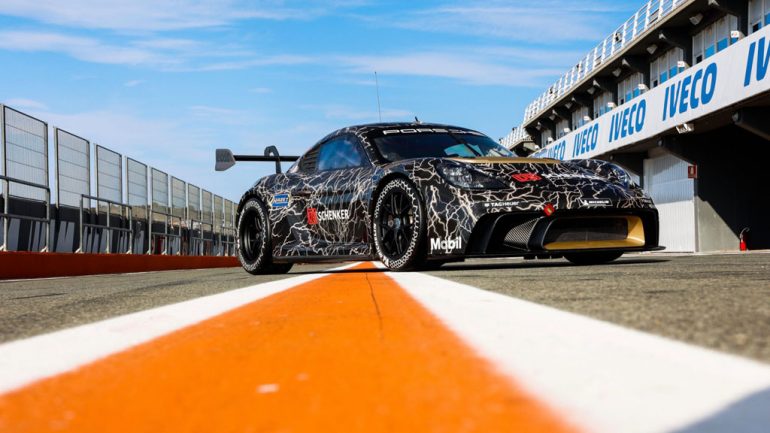 Like with the Mission R, the fully-electric drive train of the 718 Cayman GT4 ePerformance is based on a permanently excited synchronous machine (PESM) on the front and rear axles. Together, they turn the racing car into an all-wheel-drive and can deliver a peak output of up to 800 kW (1,088 PS). The direct oil cooling of the e-motors and battery pack developed by Porsche counteracts thermally induced derating. “The integration of oil cooling has significantly impacted the vehicle concept,” explains Björn Förster, GT4 ePerformance project manager. “With experts in the fields of aerodynamics and thermodynamics as well as high-voltage and bodywork specialists, the development team created an architecture to tap the full potential of the battery cells for the first time, since there is no thermal derating. In this way, the power output in racing mode remains constant for half an hour.” Thanks to 900-volt technology, the state of charge (SoC) of the battery at full charging capacity jumps from 5 to 80 per cent in about 15 minutes. 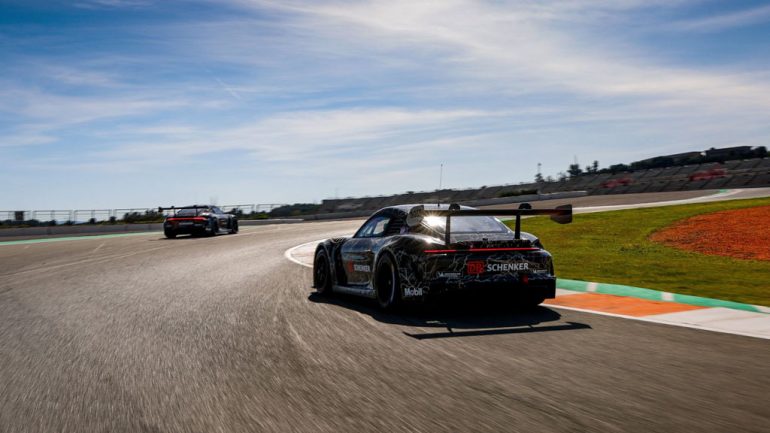 Under the direction of designer Grant Larson, a team from Porsche Style came up with the shape of the 718 Cayman GT4 ePerformance. The racing car is 14 centimetres wider than a 718 Cayman GT4 Clubsport. About 6,000 parts were designed from scratch. The body is made of natural fibre composite materials, among others, with the production intended to generate fewer emissions than the production of comparable synthetic materials. Recycled carbon fibres are also used for testing purposes. Compared to the 718 Cayman GT4 Clubsport, the flared fenders allow more room for the wider 18-inch racing tyres from Michelin. Renewable materials make up a particularly high proportion of the tyres.

The Porsche 718 Cayman GT4 ePerformance celebrates its premiere at the Goodwood Festival of Speed from 23 to 26 June 2022. At the famous motorsport festival in southern England, the all-electric concept car will take part in the ca. 1.9-kilometre hill-climb event. Its second outing is on 20 August 2022 at the Porsche factory in Leipzig on the occasion of the factory’s 20th anniversary. The facility boasts a 3.7-kilometre circuit that features famous sections of world-famous racetracks. The two 718 Cayman GT4 ePerformance demo vehicles will travel through various European countries before heading to North America in early 2023. The world tour concludes in the Asia-Pacific region, where the all-electric racing car will tour until mid-2024. In line with the sustainability strategy of the entire “race2zero” project, transportation has been logistically optimised and will be done entirely by ship, train and truck. 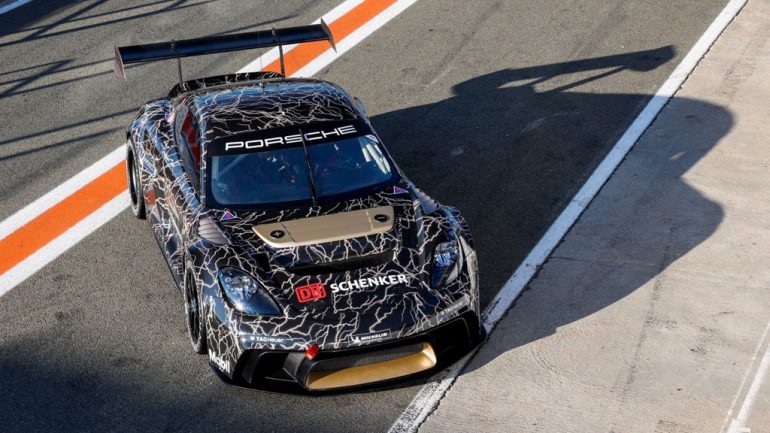 “The 718 Cayman GT4 ePerformance blazes a trail to Porsche customer racing with electrically-powered racing cars. As a first step, we will unveil this concept to our global partners,” says Oliver Schwab, Project Manager Sales of the 718 Cayman GT4 ePerformance. “With drivers, teams, organisers, authorities and other interested parties, we’re also gathering ideas for Porsche racing formats in the future.”

The 718 Cayman GT4 ePerformance heads off on its world tour with support from seven partners. All companies involved use the tour as a platform to further advance the topic of sustainability with Porsche Motorsport. DB Schenker is new to the project. The world’s leading provider of global logistics services contributes sustainable transport services, among other things. The long-standing partner ExxonMobil is involved through its Mobil brand via joint developments in the field of coolants and lubricants for the racing car. TAG Heuer, the Swiss manufacturer of luxury watches, supports this and other Porsche Motorsport projects as the timing partner. As a long-established technology partner of Porsche Motorsport, Michelin develops particularly sustainable racing tyres for the 718 Cayman GT4 ePerformance. The fashion company Hugo Boss is the official team outfitter. Fireproof clothing for drivers and mechanics is provided by the sports lifestyle brand Puma with the crew’s tools provided by the official supplier Hazet. 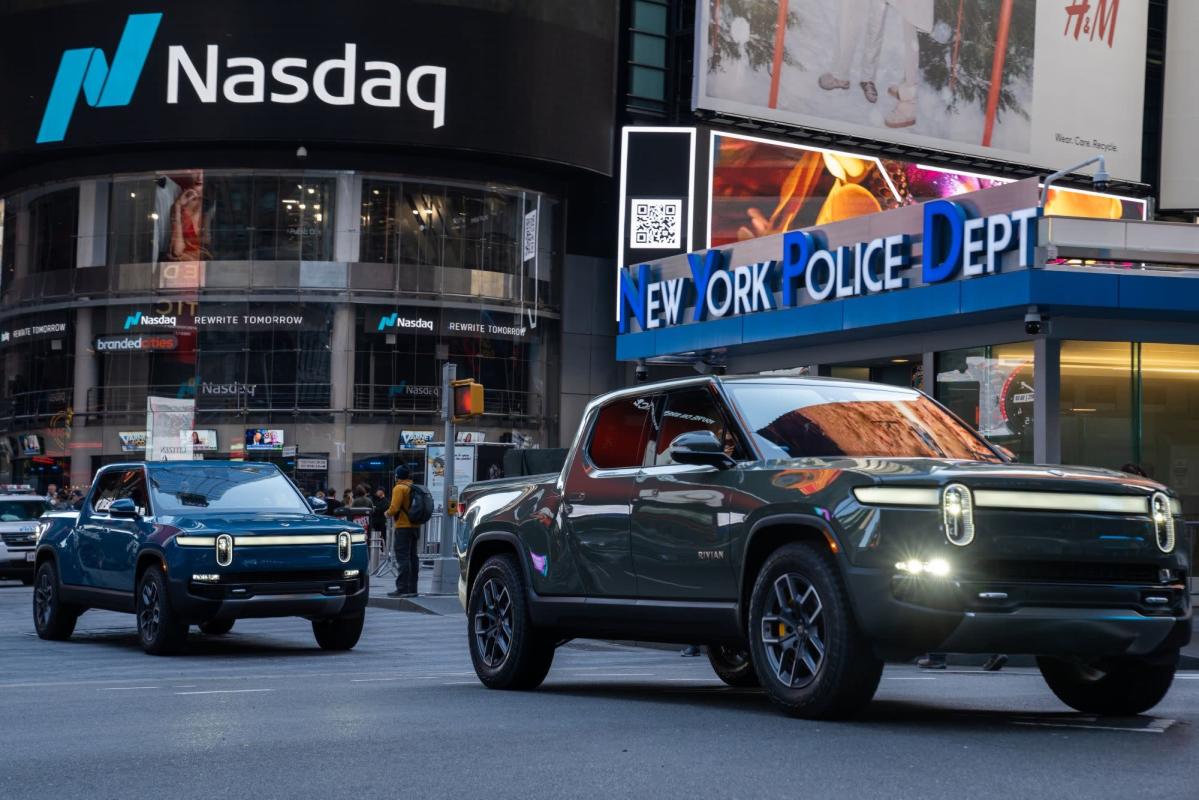