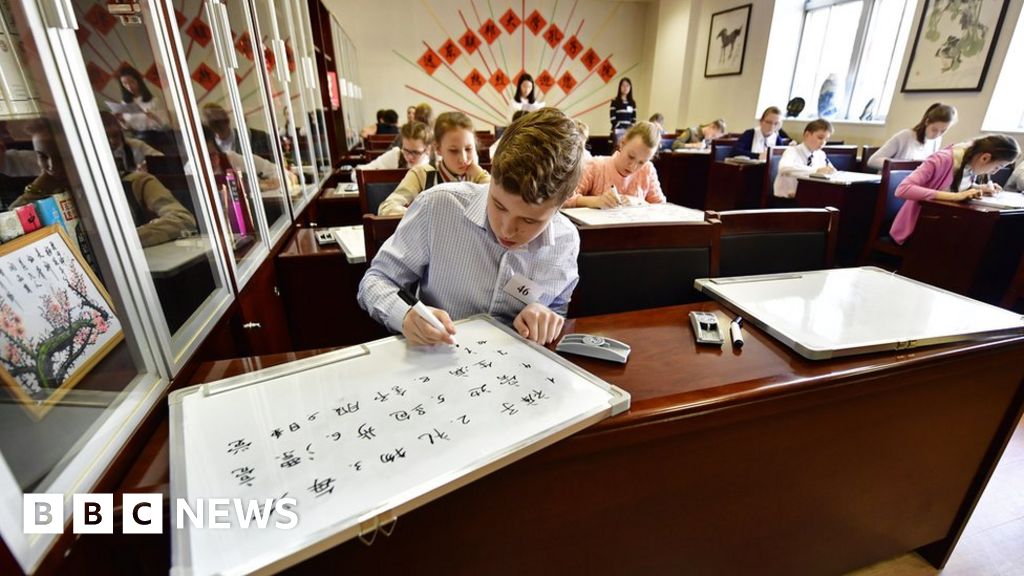 The US has designated the Confucius Institute (CI), the Chinese government-run global education programme, as a foreign propaganda mission.

The order says CI, which offers language and cultural programmes overseas, is “owned or effectively controlled” by a foreign government.

Staff will be required to register and adhere to restrictions similar to those placed on diplomatic embassies.

It comes amid worsening relations between China and the US.

In a statement announcing the move, US Secretary of State Mike Pompeo called the Confucius Institute “an entity advancing Beijing’s global propaganda and malign influence campaign” on American classrooms and campuses.

“The United States wants to ensure that students on US campuses have access to Chinese language and cultural offerings free from the manipulation of the Chinese Communist Party and its proxies,” Mr Pompeo continued, adding that the move was made to better inform educators.

China criticised the US measure as “demonising and stigmatizing the normal operation of China-US co-operation projects”.

China’s Confucius Institute defines itself as a non-profit organisation aiming to promote Chinese language and culture.

For many American students, CI has been a useful platform to study Chinese language, but critics say the organisation is far from innocent.

The institutes have been accused of pressuring host universities to censor speeches considered politically sensitive to Beijing. One American university cancelled its plan to invite Tibetan spiritual leader Dalai Lama for a talk. Another removed a reference to Taiwan from a university speaker’s biography.

Beijing is likely to retaliate, as it did when the US labelled nine major Chinese state media as “foreign missions”. But it’s hard to speculate on China’s targets, as educational exchanges have already withered significantly amid rising tensions between the two countries.

America’s long-running Peace Corps programme in China was terminated months ago by Washington itself.

Education, traditionally considered as a low-hanging fruit for international collaboration, is now tangled in politics and not being spared in the US-China decoupling.

Tensions between the US and China have risen at an accelerated pace in recent months.

The White House has accused Beijing of lying about the origins of the coronavirus, which emerged in China late last year, of using social media apps to spy on Americans, of stealing intellectual property, and of hiding a wanted criminal within a Chinese embassy in the US – to name but a few of the allegations.

Both countries ordered each other’s consulates in major cities to close last month.

Open to the general public, Confucius Institutes promote Chinese language but also run classes in culture, from calligraphy and cooking to tai chi. They sponsor educational exchanges and hold public events and lectures.

The CIs are joint ventures between the host university or school, a partner university in China, and Hanban, a controversial agency under China’s education ministry. It oversees CI operations and provides partial funding, staff and other support.

Backed by significant government funding, China’s aim was to have 1,000 such institutes by 2020 in what it calls a “Confucius revolution” to tap into the growing overseas demand to learn Chinese.

Some Western academics believe the project presents a serious threat to freedom of thought and speech in education.

Others defend them, highlighting the benefit of offering access to Chinese language learning that cash-strapped universities simply cannot afford on their own.