Tesla stock could extend its epic rally if the best-case scenario plays out, according to one Wall Street analyst.

Daniel Ives of Wedbush on Thursday increased his bull-case price target on shares of the automaker to $2,500 from $2,000 following the company’s better-than-expected second-quarter earnings report on Wednesday.

The bull case represents a roughly 52% increase from where shares of Tesla traded on Thursday, even after jumping nearly 6% on the positive earnings results, which beat analysts’ expectations. The company also posted its fourth consecutive quarterly profit, paving the way for inclusion in the S&P 500 index.

“Last night Tesla reported its June results that came in much better than expectations as Musk & Co. delivered an Aaron-Judge like home run quarter and continue to defy the skeptics,” Ives wrote in a note. He also raised his base-case price target to $1,800 from $1,250 and maintained his neutral rating on the company.

Read more: Buy these 19 cheap healthcare stocks poised to beat the market regardless of election outcome and the fate of Obamacare, BTIG says

Beyond strong vehicle deliveries, “investors continue to be laser focused on the profitability picture of TSLA,” Ives wrote.

The company reported GAAP gross margins that beat Wall Street expectations and adjusted EBITDA that Ives said “speaks to a business model which continues to have significantly lower costs and more production efficiency even in the face of challenging circumstances globally given COVID-19.”

Ives continued: “This sustained level of profitability is key for the bulls and speaks to a business model which is staying out of the red ink despite this unprecedented COVID-19 dark storm.”

Read more: Paul Andreola has a long track record of finding tiny stocks that deliver 10-times returns. He lays out the 4 criteria he looks for when seeking the next explosive pick.

Ives has also been focused on Tesla’s performance in China, where he sees electric-vehicle demand accelerating and which he has long called a “linchpin of success.” In the company’s earnings report, China “appeared to be the star of the show and was a major source of strength in 2Q based on our analysis and industry data with robust momentum into 2H and 2021,” he wrote.

In addition, he said, “Tesla also announced the Cybertruck factory will be in Austin, TX, a smart strategic location in our opinion.”

Shares of Tesla have gained about 294% year-to-date.

Read more: Jefferies is making 2 major shifts to its stock-investing strategy as the US lags a broader economic recovery. Here’s how the firm says the new trades will help investors crush the market. 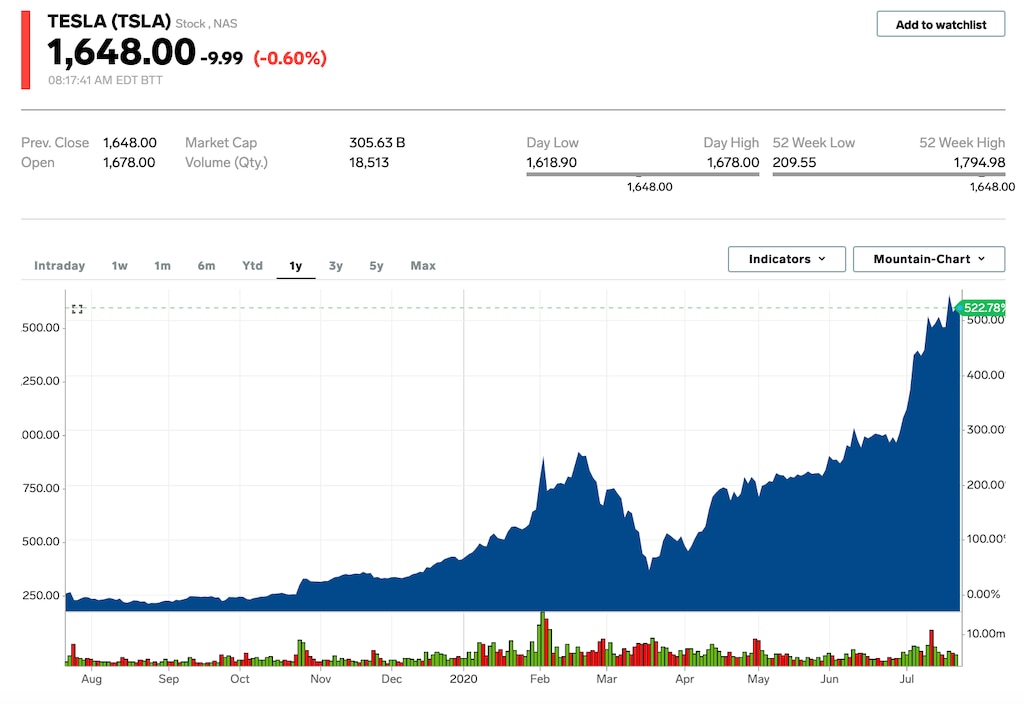